Dear readers, As I think back to the time when I returned from London after ten years of work experience to settle in Nigeria, I marvel at how much of the local lingo I’ve learnt e.g. To ‘trafficate’ is to … Continue reading →

2days ago I was driving back home in my black Chery after work in the evening when I encountered an overzealous motorpsyhcolist motorcyclist  at a roundabout. I was well on my way to detour into my street when the bike decided to cut across at the last minute. It was a very close shave. I braked suddenly and the motorcyclist also swerved to avoid a head-on collision. However he scampered unto a nearby kerb in the process and lost balance – both he and his male passenger stumbled to the ground. I, on the otherhand, sped off!

Technically I didn’t hit the bike or its passengers so could this really be called a Hit and Run? I think the appropriate expression would be Brake and Run – that’s what I did. The reason why I ran is that Lagos motorcyclists can be notorious for their guerilla justice i.e. ganging up with other motorcyclists and then outnumbering Poor You. Before you know it, stories are being fabricated against you and everything you say is a lie. Your car could be vandalized and you could even be picked up by LASTMA (these road marshalls are the equivalent of the Gestapo around these parts).

Sincerely speaking, if I had made contact with the bike I would have stopped and parked off the road to attend to the pseudo-casualties. I had the right of way and the bike cut across, jumping a red light. Well, I’m sure the motorcyclist and his passengers were okay. It’s not like they lost balance on the main road and got trampled upon by uncoming motorists. Now that would have been a sight…yikes! 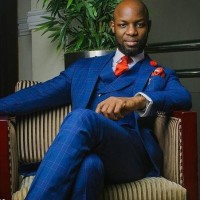